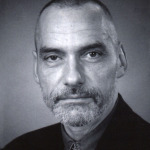 Interest in photography started in the early teens when he got an old 6X9 film camera from his father. Since then he has taken photographs. On his first trip to Iceland he took 400 photos on a Rolleiflex 6×6. Unfortunately most photos were out of focus due to a fault in the camera.

When he in 1967 moved to Iceland he soon started to travel and hike with Ferdafelag Islands (Icelandic Touring Association) and joined the Air Ground Rescue team – all due to a great interest in Iceland. It was an interest that soon changed into a real love affair with land and nature. This love affair led to the University of Iceland where he got an education as a certified guide. He is also a founding member and on the board of Hamarinn – a geological society.

Finnur have been guiding for years and today he is lucky to work with his son Haukur Parelius, owner of Nature Explorer – a super jeep company in Iceland.

Photography and an interest in nature go like hand in glove and photography teaches us to see – not just to look. The changing of light and shadow, patterns and colours is what makes nature so fascinating. This along with an interest in geology is a good mixture as both teach us to „read” the land. When nature – big or small – is bathed in the special Icelandic light – a climax is reached and you can wish for no more. It is a privilege to be able to watch the sunrise though the volcanic mist or stand by a pond at Skaftafell and watch the sun‘s last rays fall on Iceland‘s highest peak.I am grateful for being an Icelander.